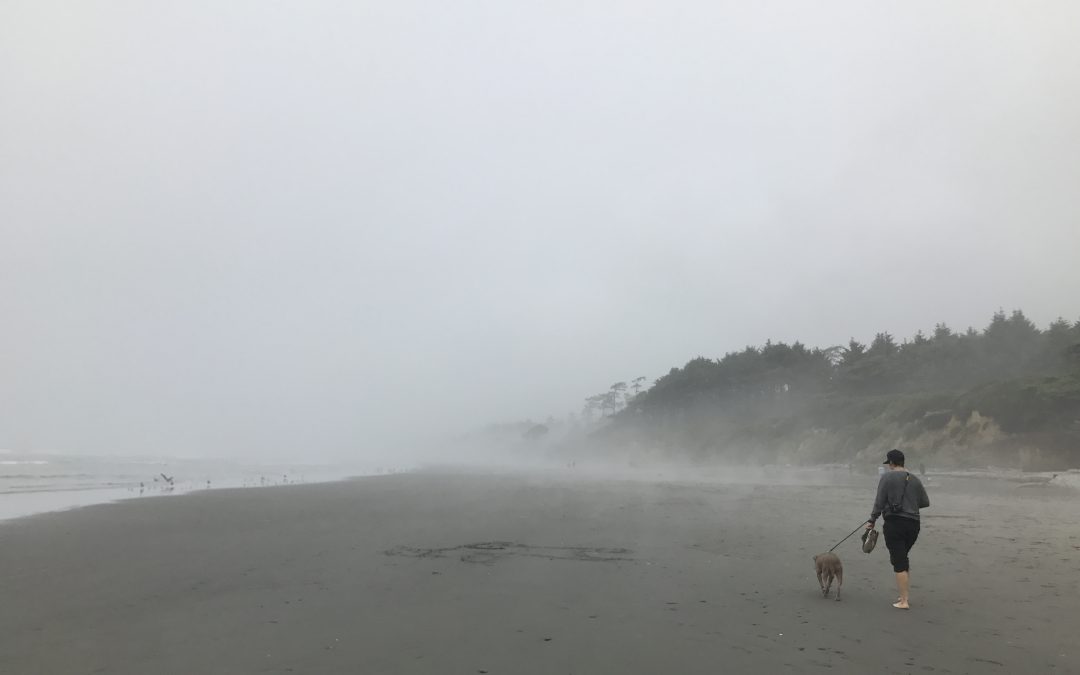 We hope you enjoy this inaugural interview! Heartwood Haven plans to meet with vegan activists, businesses, and organizations, conducting interviews, to share the news of other vegans around the globe doing their part to educate their communities about veganism, animal activism, and going cruelty-free. We conducted this interview via phone and video calls, so don’t hesitate to reach out about sharing your story even if you aren’t local to Seattle!

How does one go from being a dolphin trainer to exposing the cruelty of Taiji?

In recent years, SeaWorld and other similar amusement parks have come under fire as footage and information has come to light about what happens behind the scenes. Movies like “The Cove” and “Blackfish” document what happens behind the scenes to capture wild dolphins and whales, transport them, train them, and keep them captive. The more information that becomes available to the public, the more we hope people will lose interest in attending dolphin and whale shows.

Recently, Heartwood Haven had the privilege of speaking with Fernando Luis Ramon Parrotta, a former volunteer at Mar Del Plata Aquarium in Argentina. Fernando volunteered at Mar Del Plata Aquarium for roughly 4-5 years in the early 2000s. You can check out one of Fernando’s interviews regarding his experiences here. (Note: The interview is for a Spanish news program and has English subtitles.) He remembers that one of the dolphins, named Damian, was kept in what can be described as a huge hole, it was a very deep pool. People swam with him. The first time Fernando got in the pool to swim with him, he got attacked by the dolphin in the chest. He later figured out that it was due to territoriality. One day Damian was gone, Fernando never did find out if he died or was replaced.

During our interview, one of the things that stood out to me was when Fernando said: “Dolphins are born and die with a smile. People think that they are happy, however that is a false statement. It’s just a natural way that dolphin mouths are shaped.” How true that statement is. Humans anthropomorphize animals, including dolphins.

Dolphin capture is a multi-million dollar business around the globe. Dolphin hunting in Taiji, Japan is defended as a cultural norm, similar to eating cows, pigs, chickens in the rest of the world. However, the majority of Japanese people do not eat dolphin meat; Dolphins have an extremely high mercury content, and people who eat dolphin are not aware. Mercury is a heavy metal that functions as a neurotoxin, causing brain and nerve damage. Dolphins are also killed in the Bahamas, and their teeth are used for making necklaces. In these places and more, dolphins are captured and sold alive to entertainment parks. Marine mammals are not protected from capture and resale; a lot of money can be made in hunting, capturing, and selling these animals.

What happens in Taiji?

The hunt is documented very well in the movie “The Cove.” It shows the brutality of hunting and how the water turns red. Some dolphins are killed while others are captured. In order to capture dolphins, their families have to be separated. They get pushed towards shore and held in pens. Dolphins going into captivity have to be cute and visually pleasing. That is what separates the dolphins who are killed and the ones held captive. The “ugly” dolphins get killed.

How does SeaWorld and Mar Del Plata train captive dolphins?

Fernando brought up the question of why these parks do not show their training methods if they have nothing to hide. In the wild, orcas and dolphins do not allow humans to play with them or interact with them like you see in those parks. If you are swimming in the coastal waters and throw a ball to a dolphin, would you expect the dolphin to throw the ball back to you? What about jumping through flaming hoops or coming to humans for treats. Another example of a behavior never exhibited in the wild is using a paintbrush; in Key Largo, you can pay $125 for a session where a dolphin holds a paintbrush and ‘paints.’ These are all unnatural behaviors which have been trained into them.

Some training methods include punishment. Dolphins are hit with hands if they misbehave; trainers know that dolphins can be damaged and to avoid the blowhole and teeth. The most important method of training is food deprivation. Fernando remembers that training usually happened at night or early in the morning when the park was closed. By morning time, the dolphins were really hungry, and that is when they would be trained.  Fish was used as the reward for certain behaviors. That is why dolphins come to humans in these parks, because they are dependent upon trainers for food, for survival.

In recent years, these amusement parks have come under heavy pressure and claim to have changed their training methods. But we still do not know what their purported new training methods are.

What we do know is that the stress of captivity takes a toll on dolphins and can cause health problems like stomach ulcers. The albino dolphin on display at Taiji cannot open her eyes due to the chlorine used to keep a sterile water environment; Chlorine causes dolphins to have eye problems and other diseases. In such tight quarters as they are kept, dolphins attack each other and the victim cannot escape as they would in the open ocean. They get really bored and participate in self harming behaviors such as hitting themselves against walls and even attempting suicide. Dolphins have been observed jumping out of the pool to attempt suicide or simply have stopped breathing.

In the wild there have been zero human deaths due to wild orcas. But in captivity, starvation, loneliness, and other major stressors have lead to humans being injured or killed. Tilikum alone has killed three people! Tilikum has a really dark story, he has been forced to “donate” semen, and his sperm has been used to create a whole line of orcas bred in captivity. Dolphins in captivity have also attacked humans and attempted to mate with humans.

Where do we go from here?

According to Fernando, “Kids and adults are brainwashed by SeaWorld to believe that the animals there are happy and healthy and its our responsibility now to show the people the reality of what happens.” The reality is that animals are deprived of naturally hunting, of their natural environments, and of their families.

Unfortunately, marine mammal shows bring in profits, and until that changes, captured animals will not be released back into the ocean. But there is hope. One of the most famous dolphin trainers, Ric O’Barry, had a change of heart and now is leading the way to end marine mammal captivity. Ric quit training after realizing the barbaric nature of the forced captivity and training; he saw a dolphin commit suicide right in front of him. You know the dolphin from “Flipper?” Her name was Kathy. She took one last breath while looking into Rick’s eyes and sunk, never to resurface. Ric starred in “The Cove” and has been working for the past 47 years to end dolphin captivity. He founded “The Dolphin Project,” a nonprofit organization dedicated to the welfare and protection of dolphins, as well as operating a dolphin sanctuary where he rehabilitates dolphins to return back to the wild.

How do we change people’s minds?

The way to help people understand why SeaWorld and other similar attractions are inhumane is by showing them the truth. Shaming, yelling at, or telling people to not go to SeaWorld does not work. What does work is introducing people to what happens at Taiji and what happens in SeaWorld. Ask them, “Did you know that they kill dolphins in Taiji?” You can reach people, simply by having compassion towards them, even if they go to SeaWorld. The best outreach is not by fighting or blaming people, it’s by simply showing them what happens to the animals.

On a Personal Note

The cofounder of Heartwood Haven, Katya, learned to surf while attending the University of California, San Diego. She worked on that skill all throughout graduate school and in the years after. With an office on the beach, she was lucky to have easy access to surf some of the best waves that San Diego, Mexico, and Costa Rica offer.

One of the best memories for her is a sunny spring day when nobody else was in the water. The water was crystal clear, warm, and the waves were perfectly smooth and inviting. She was surfing in a bikini, riding a shortboard, without a leash; in other words, it was complete freedom. Several times a year in San Diego different species of dolphins migrate through. Every surfer has had encounters. Dolphins sometimes get close to shore if the fish school there, and often times they just like to ride the waves. That warm spring day both Katya and the dolphins were surfing the waves. Groups of ten dolphins would catch the same waves, bumping the surfboard from below.

That experience and many others were some of her best memories, bringing tears to her eyes. Thinking back to childhood and attending SeaWorld shows bring a different type of tears. Her wish is for all creatures, including dolphins, to be free.

Thank you to Fernando and to all people working to bring us the truth about marine mammal captivity.