Empowering Our Community to Take Action 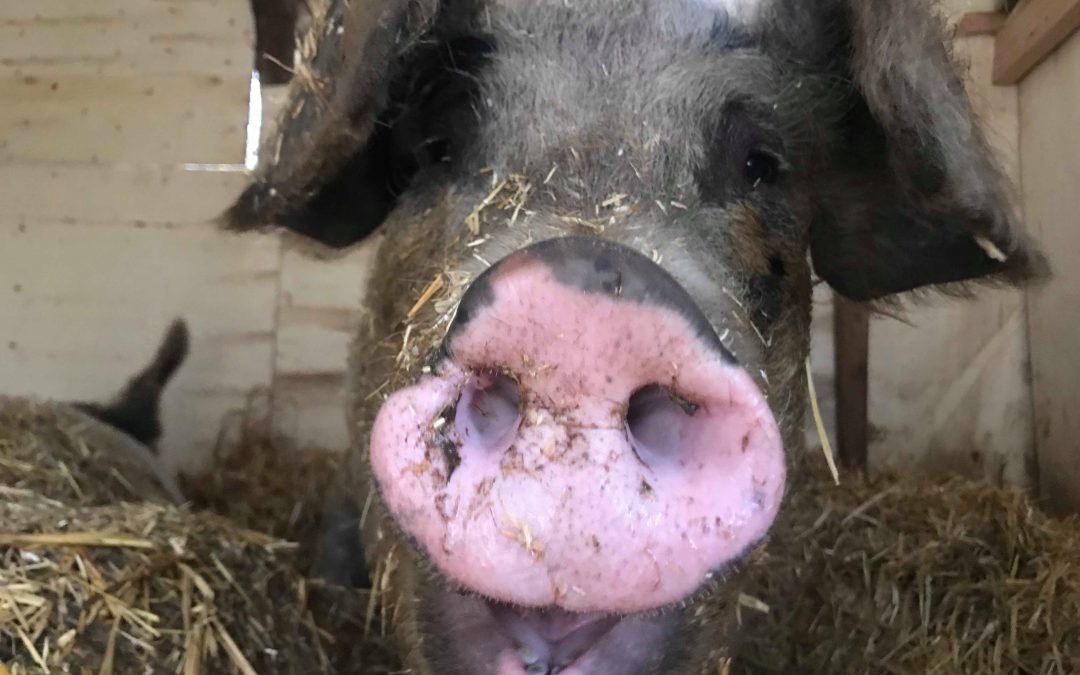 From Zero to Ready

During the first few days of April, we were working with Odd Man Inn on the rescue of two farm “production” pigs from a neglect and abandonment case. In what has become a common turn of events, a social media post alerted us, and we were ready to take action. Katya and I were committed to taking them in and figured out a way to use what we already had in place for quarantine. Rescuing is not known for a slow and easy pace, and it does not always give you time to make decisions. The tough cases might give you only a few minutes. 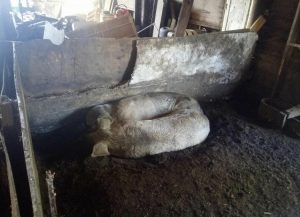 In this case, new owners of a property discovered pigs living in mud and extremely poor conditions. It turned out the pigs were neglected and abandoned on the property where squatters were living. When the local sheriff became involved, to evict the squatters from the property, he gave the them until midnight to be gone. Faced with an extremely short timeline, we were all afraid this increased the risk of retaliation against the new property owners in the form of hurting the pigs, so Josh (Odd Man Inn) messaged us and said, “Hey, we want to get them out now, are you ready?” We responded with a confident “Yes.” I rushed home from work to help Katya make sure everything was setup and ready. We finished a few moments before their arrival; always just in time.

That is what rescue and sanctuary work requires of you, giving your all so whatever time you have is always just enough time.

Josh pulled up. He jumped out and asked if we want to see these beautiful girls. I stepped on the back of the trailer and peered in. I was in AWE. This was my first moment seeing a large 400 lb pig in person. I was lucky enough to see two. They are big, sweet, chatty, and have the most beautiful eyelashes that even Maybelline can’t touch. My first thought after seeing them was of those vegan calculators you can use to show you how many animals you saved by being vegan. According to PETA, being vegan for an entire year only saves half a pig. HALF A PIG! That is a crazy small amount. 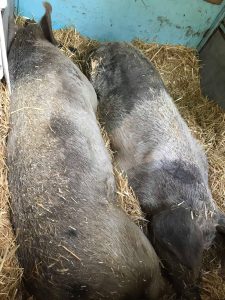 When I first went vegan, I was a quiet vegan. I thought using my voice to stand up for animals and the reasons I believed a vegan diet was better for humans and our planet would come off as pushy. I was afraid that I would be one of those vegans that tells people they are not ‘vegan enough’ and starts infighting in the local vegan group. I did not want to be that person, but I regret spending my first year as a vegan not finding a way to advocate that was comfortable for me.

The great thing about veganism is that you can change people’s mind without being pushy or divisive. You share and educate through the animals’ stories, with the food, and with the environment. Activism comes in as many shapes and sizes as our pig residents! (Okay, even more shapes and sizes, but aren’t they the cutest?)

My entire point is that since meeting these big beautiful ladies, we have decided that we need to work harder towards a vegan world. Part of that requires empowering the people in our community to go out and use their voices to be activists. You can share recipes with friends, you can join your local AV group, you can protest and picket, you can visit your local animal sanctuary and go tell your friends and family all about it. All of those things are activism, and there is no right or wrong way to do it.

Heartwood Haven is now our platform to tell the world about veganism, and we challenge you to join us on the journey. Animals are dying every single day, and they don’t have time to wait for us to get it together. They need us now more than ever. Momentum is on our side, and the world is changing.

Be Vegan. Live Vegan. Get Active. 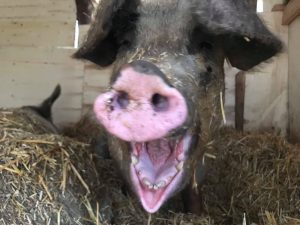