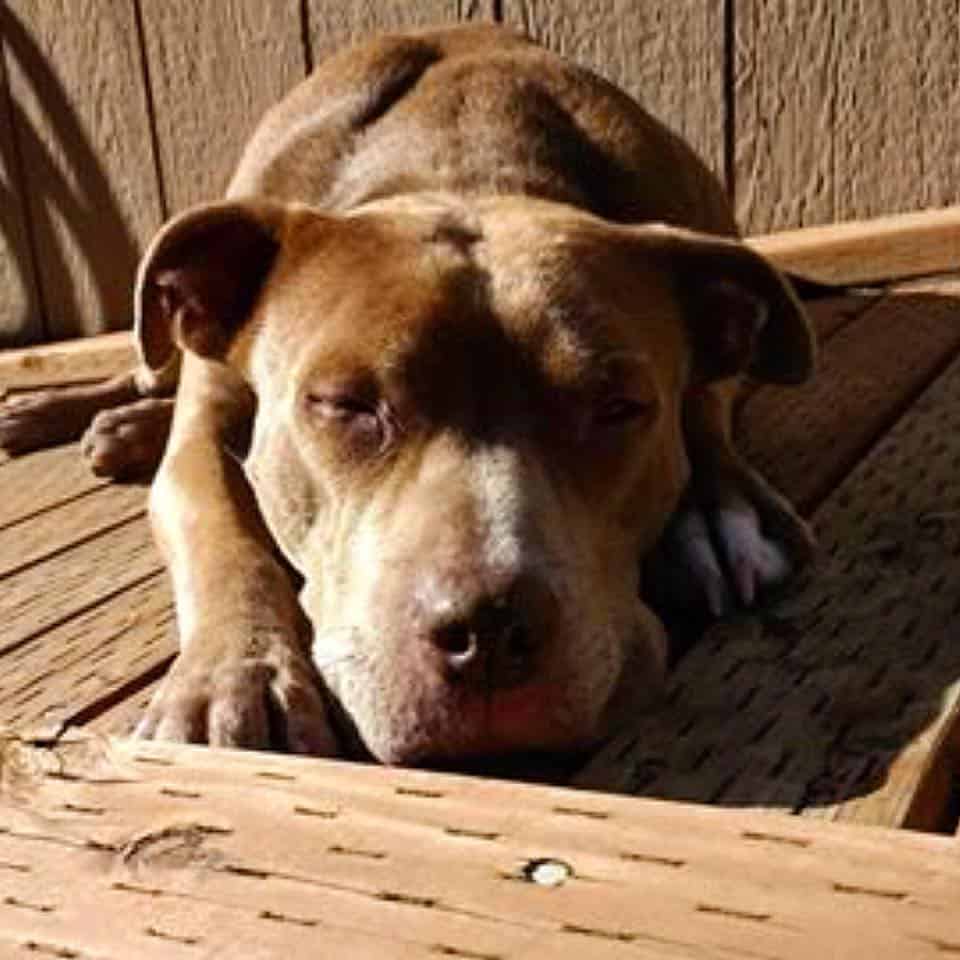 Mila was a stray who spent a few months at the Humane Society. Her age was estimated seven years old and she had a whole list of health issues with severe allergies being at the top of the list. Mila was missing a lot of hair; her sides, chest, stomach, top of her head and neck were practically bald. She had red weeping sores, her skin was red and irritated, she was prone to frequent diarrhea and ear infections. She had been a mama and had a lot of litters before she was spayed at the Humane Society.

We transitioned her from a hypoallergenic prescription diet to vegan homemade meals. Eating plant-based, her bowel movements normalized, the redness disappeared from her skin, eventually the weeping sore went away. We added a vegan vitamin supplement to her diet called VegeDog and all her hair started growing back and she now has a full shiny soft coat. Her veterinarian did an allergen test which confirmed that she is extremely allergic to all animal protein as well as some plant foods like oats, soy and barley. Mila still has some lingering allergy symptoms like licking her feet, however the health problems are mostly cleared up. Anytime she eats animal protein however, all her symptoms come back within an hour of consuming it.

Mila likes a calm, quiet household, but that doesn’t mean that she doesn’t cause a ruckus. When we first got her just the sight or sound of dogs would send her into an anxiety attack, so we have been working with her and she is learning to meet dogs, chickens, cats, goats and other animals. And she loves people, so much that she can’t contain it.

Her favorite activities are hiking and camping, she loves going in the car because it always leads to somewhere fun. She loves cuddling, sunbathing and licking our faces. She has a lot of feelings and emotions. Mila’s favorite treats are mangos. Her funniest trick is doing an army crawl.