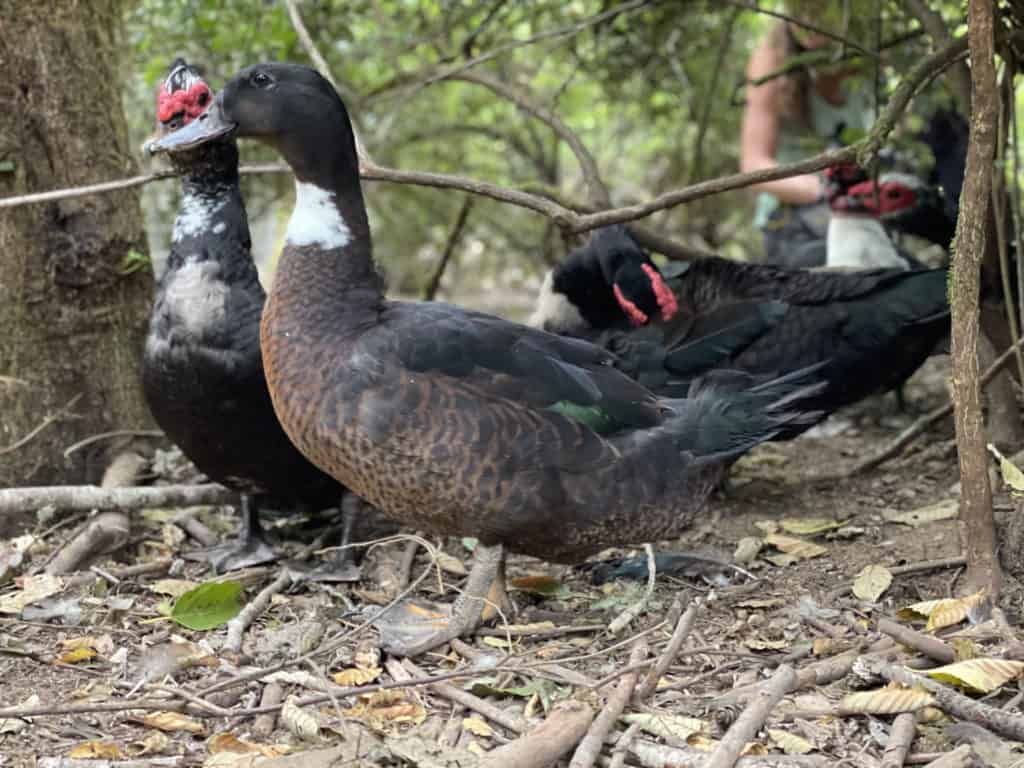 Emerald is what is called a “mule” duck, he is a hybrid between a muscovy duck and a mallard duck, which are two different species. Similar to the hybrid cross of horses and donkies which are sterile, “mule” ducks are sterile and have a mix of characteristics from both species. Emerald was abandoned in a seasonal pond close to the Emerald Queen Casino. He was living with some wild mallards, but begging people for food and crossing the road between the pond and the casino just so he could eat. You see, domesticated ducks can’t survive in the wild, they are dependent on people for food, shelter and safety. He was so hungry, that catching him was made very easy. He walked right up when he saw food. Because of Emerald’s unique nature, he can get alond with just about any duck from wild mallards to a flock of muscovies. 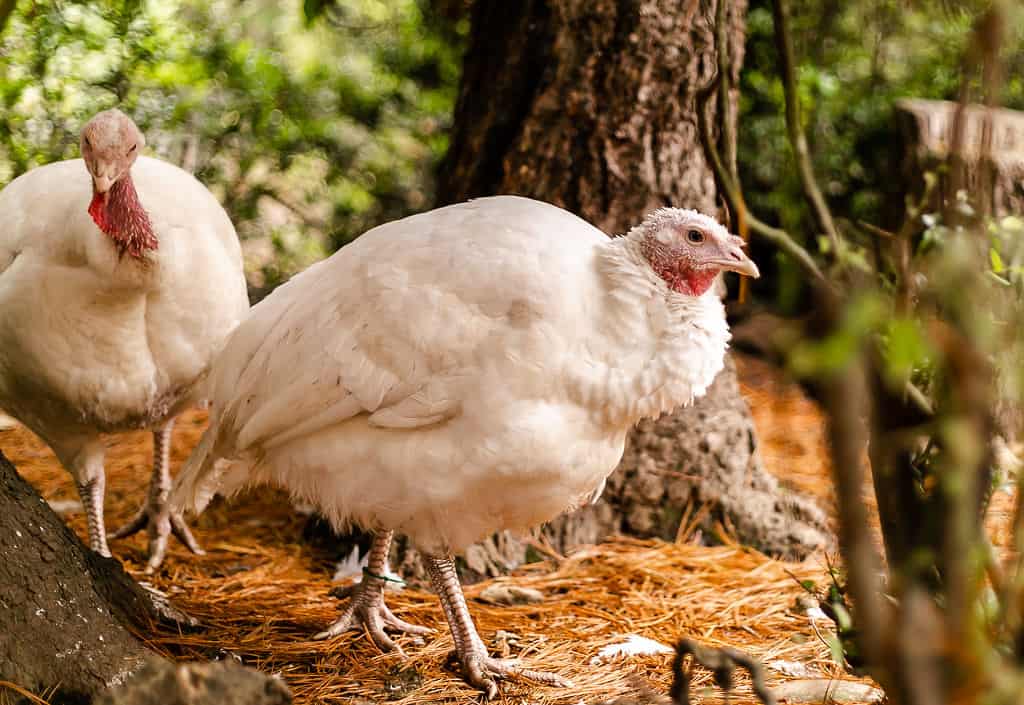 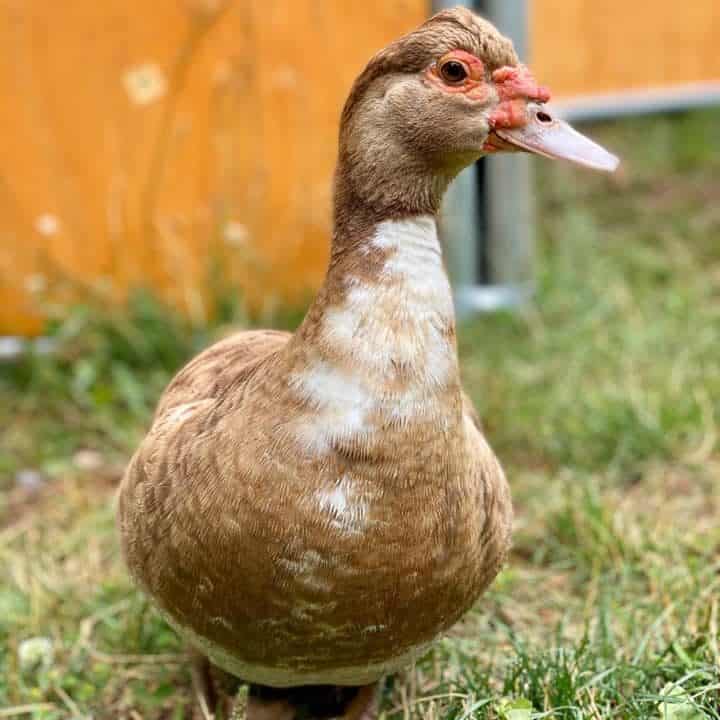 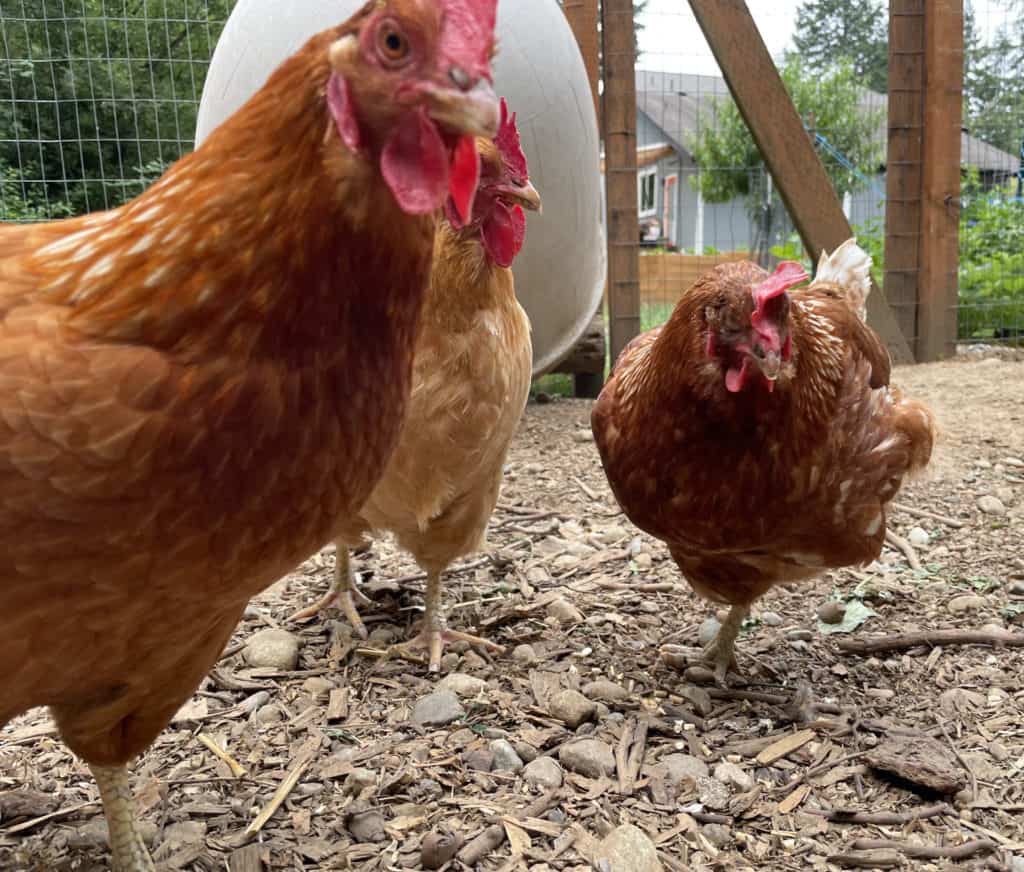 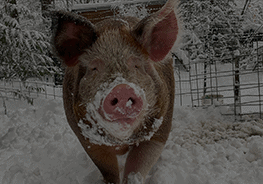 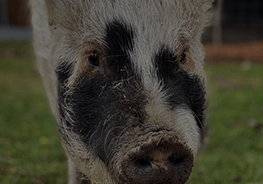